On October 26, in the afternoon, the Hindu kush mountains of North-East Afghanistan an earthquake of magnitude 7.8, has so far at least 63 people have been killed in Afghanistan, Pakistan, at least 228 people were killed and more than 1200 people were injured. The Chinese government and aid recipient countries needs high attention to the major disaster, the ministry of commerce jointly with the relevant departments of the earthquake disaster relief emergency formulate emergency humanitarian aid package. According to the development of the earthquake disaster to help Afghanistan and Pakistan earthquake relief, the two countries the Chinese government has decided to each country to provide RMB 10 million worth of emergency relief aid. On November 3rd from the airport of departure. 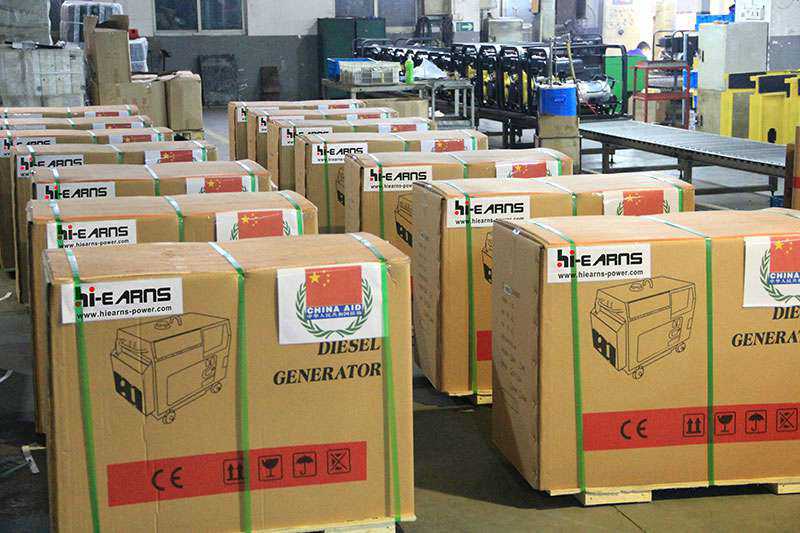 Hi-earns Company respond to a nation called on donated 100 mute generator to Afghanistan.